These are my personal thoughts and are subject to change as I learn more:

The Healing of America is a fantastic story of the quest to heal an injured shoulder by interacting with major developed countries healthcare systems, including France, Germany, Taiwan and Switzerland.  T.R. Reid describes in colorful detail his experience with the four major models of healthcare in the developed world.  At the end, he provides thoughtful, but ultimately challenging recommendations on how to fix the U.S. Healthcare system.

But first a primer on the four major models:

1.  The fundamental disconnect in the U.S. healthcare system that is driving down quality of care is the need for healthcare systems to make a profit – effectively incentivizing them to restrict costs – (i.e. medical care) and creating the highest ratio of administrative expenses anywhere in the developed world (i.e. waste).  The U.S. spends the highest % of GDP (19% and climbing), but receives mid-level outcomes. 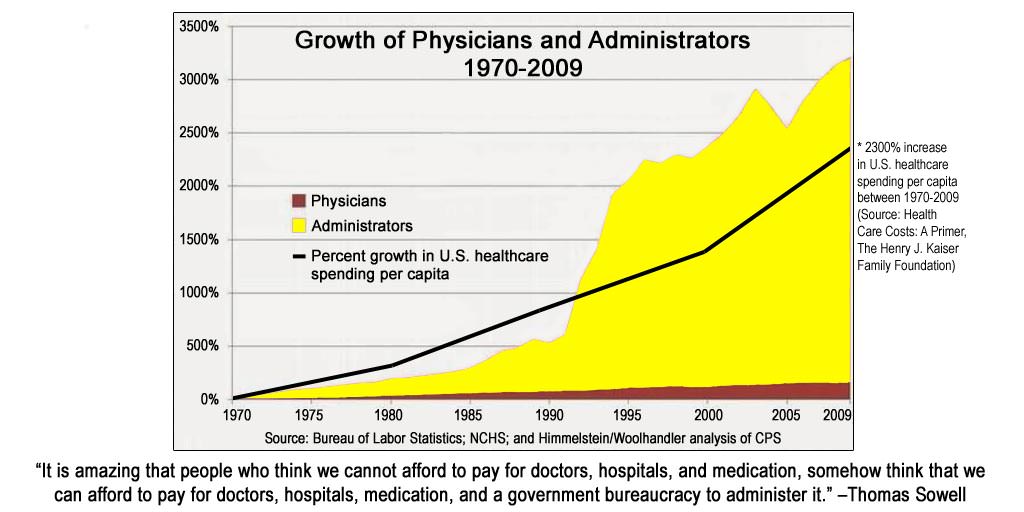 2.   A personalized electronic “Health id” card, complete with a unique pin is needed for every person and accepted by all medical providers.

3.  Health plans must all offer a Tier 1 or “basic health plan” at a set price (negotiated by the government), but they are allowed to make a profit on tier 2 plans, which would include nicer hospital beds and optional treatments.  Regional inflators can be included to account for higher costs of business in different regions.

4.  Individuals mandate must be added and enforced by deductions from taxes.  Subsidies will exist.  No exceptions after 18.  As a counter – all pre-existing conditions will be covered.

5.  Healthcare plans should extend past employment by divorcing employment with healthcare.  Allowing someone to keep their plan with monthly deductions paid out of pocket.

7.  Healthcare plan incentives must be crafted to provide financial payouts for quality of care.  If buyers are allowed to keep their healthcare as they move job to job, plans will work to keep them healthy and reduce their future health problems.

8.  Hodgepodge quilt of providers must be streamlined reducing the administrative burden on providers and allowing them to focus on care.  Tier 1 plans that are standardized will provide transparency to both customers and payors

9.  Aggregate patient data to be collected and made anonymous to find savings and trends and eliminate fraud.

10.  The U.S. voter needs to be educated on the lack of “American Exceptionalism” in Healthcare.  Political scare tactics, such as “death panels”, “socialized medicine” and “year-long wait lines” must be overcome with data and air-tight messaging.  Lets follow Switzerland’s example and actually fix something!